Do People Speak the Truth in Dreams? 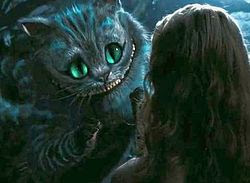 I dreamt I woke up and was in bed next to someone I had a relationship with. The bedsheets were white and sun was pouring into the room. My hair was in a ponytail and he was playfully pulling on my hair. Thinking he was feeling loving towards me, I snuggled up to him but then he pulled my ponytail tightly and said in a menacing voice, "One day I'm going to strangle you in this bed."

In my dream I woke up, realized it was a dream, and ran down the hall to tell someone (I was in a dormitory). I knocked on the door of a man and when he opened the door I started to tell him my dream because I needed his help. He was busy and didn't want to be disturbed and said "What the fuck?" That's when I stopped and realized that the man I was going to tell the dream to was actually the same man I was in bed with. I felt disturbed when I realized that obviously I couldn't get help from him (against himself).

This was a disturbing dream to me on many levels. It seemed so real. So the man said he was going to "strangle me in my bed". What does this mean? I could take it literally which is very horrifying and a clear warning that he will physically harm me (or even kill me).

Maybe it has a more figurative meaning like, strangle - prevent me from talking or expressing myself. Seems to fit in with the second part of the dream where I realized that I couldn't tell him what was bothering me.

What about the two men that were the same man? Two different sides? Maybe one light? (bathed in sunlight pretending to be loving) and one dark (the man that says "What the fuck?")What he appears to be and what he actually is?

I'm ending a relationship with this man right now so either this is the truth (about him and the situation - I feel like he's trying to manipulate me) or it is what I think he is/wants to do.

So if someone tells you something in a dream is it true? In dreams people sometimes say things that sound like Alice in Wonderland jibberish, but look how often those crazy words of the Cheshire cat actually meant something meaningful and deep! Or am I putting words in someone else's mouth and he's saying what I just want or expect to hear?

I'm not sure, but I do think that because I remembered this dream and it had such an impact on me, there is probably truth in what he was saying. I think I need to trust what my subconscious is trying to tell me. Anyone else have any other ideas?
Posted by Lisa Loewen at 8:36 AM 3 comments:

Email ThisBlogThis!Share to TwitterShare to FacebookShare to Pinterest
Labels: dreaming of being strangled, speaking the truth in dreams, what people say in dreams
Newer Posts Older Posts Home
Subscribe to: Posts (Atom)