What Does It Mean To Dream You Are Dead?

In my dream, I knew I was dead. I wasn't sure how it happened but I knew that I was. I was still on Earth though, living at home with my family, going to school, living my daily life, but not everyone could see me. Those that could seemed to know that I was dead but didn't seem too concerned or sorry about it. It sucked for me though. I felt isolated and upset that I was dead and there was nothing I could do about it. One bonus was that I was able to sneak into a concert because the bouncer couldn't see me!

Having a dream when you see yourself dead or dying is understandably scary. Often, people are frightened that the dream is precognitive and it might be a foreshadowing of their own death. However, the symbol of death can be figurative, and doesn't necessarily have to be interpreted literally. As Carl Jung states, "when it is a dream of death, the dream speaks another language". 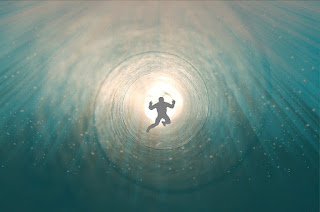 Death As A  Symbol In Dreams

Usually, the idea of death in your dream will be a symbol. The grim reaper (Check out my post about Dreaming of A Dark Hooded Figure) a black dog, etc. are all examples of traditional death symbols in dreams. Traditionally, these would represent or foretell a bad event. 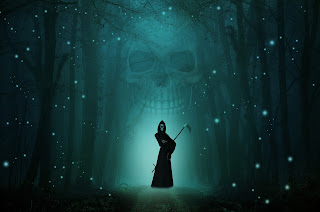 Psychologically speaking, dreaming of death is not always a bad omen. It can even signify a new era in your life. It can be a way that your mind is preparing itself for change or exploring the idea of death. It is always important to interpret dreams within the context of one's own life. Dreams are not only made up of symbols but also can reflect the current events happening in the life of the dreamer.

Interpretation of the Dream

In the case of the dream above, the dreamer had just attended the funeral of an acquaintance who had died relatively young, so she obviously had the idea of death and dying on her mind. As well, she had just bought her first car, and was going into her last year of high school which definitely signifies a new stage of life and the end of an old one (childhood). The feelings she had in the dream about not being seen by everyone and feeling isolated could reflect the feelings she was having in her waking life as she goes through this transitional time.

In The Hidden Meaning of Dreams, Craig Hamilton Parker suggests three questions to ask yourself if you see yourself dead in your dream:
1) What is being expressed in the dream? Your dream might point out that you are afraid of death or the means of death in the dream.
2) Are you trying to free yourself from something? This would suggest leaving your old self behind.
3) Do you feel suicidal? If so, it might be expressing this feeling in the dream. Talking to someone you are close to or a counsellor can help you cope with these feeling.

Dreaming of the Dead: Messages From Beyond
Dreaming of A Dark Hooded Figure
Dreaming of Driving A Car And Near Death Experiences
Resources

Email ThisBlogThis!Share to TwitterShare to FacebookShare to Pinterest
Labels: death, death symbols in dreams, dream interpretation, dreaming of death, dreaming of dying, dreams, what does it mean to dream you are dead
Newer Posts Older Posts Home
Subscribe to: Posts (Atom)