It's my birthday. I take a cake out of a box. It blows up into a huge, pink bunny.

I was in my childhood house. My cat changed into a small, white rabbit with red eyes. I had learned a spell to change her back but couldn't remember the right magic word.  So, my cat was this sad, white rabbit hopping around my parents' backyard. I didn't want to lose her.

Dreaming of Animals in General

Animal symbols in our dreams can symbolize many things. Sometimes, an animal can represent a totem animal or spirit guide. (See Dreaming of A Bear), Animals in dreams can also exhibit qualities about ourselves or others that we might want to investigate further. Recurring animals dreams (See Dreaming of Rats) could happen in order to get our attention and can relate to phobias.

Freud, of course, saw animal dreams connecting to your sexual nature. Humans have tended to think of animals representing our most base, primitive selves. Carl Jung noted that animals in dreams symbolize our instincts.

Symbolism of Animals in Dreams

If you dream about an animal, you should then look at the symbolism of the particular animal. This includes universal symbolic meaning as well as what that animal personally means to you (i.e. Did you have a rabbit as a beloved pet? Or were you bitten by a wild rabbit as a child? ). How you feel about your dream symbol contributes greatly to your dream meaning.

A Rabbit has a few different symbolic meanings. The first ones are related to the general characteristics of a rabbit.

There are also universal symbols associated with the rabbit.

Why is the Rabbit Considered Lucky?

There is no definitive answer to how the tradition of carrying a rabbit's foot came about or saying "rabbit rabbit" to bring you luck. One thought is related to the old tradition of carrying a dead criminal's  hand as a powerful charm or amulet, "The Hand of Glory" (obviously rabbits' feet would be easier to get than dead criminals' hands!) Additionally, the rabbit's foot might correspond to the good event connected to the place it was taken from (i.e. the location of a battle won). 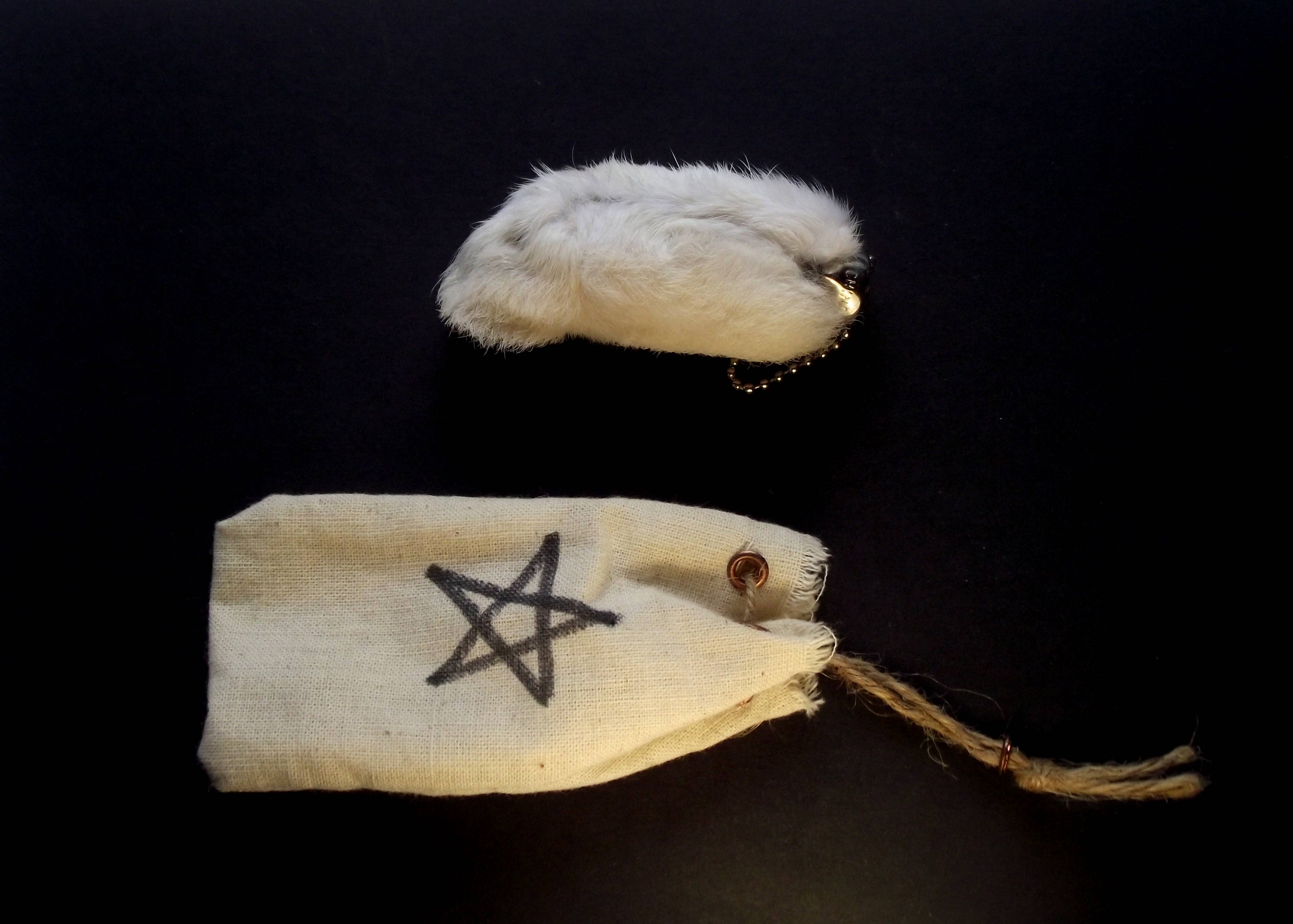 Colour does matter in dreams, as different colours have different meanings. In my case, I think the fact that the rabbit was white was significant. For one thing, it reminds me of the White Rabbit in Alice in Wonderland who served as a guide for Alice on her adventures. White also represents purity. Red in dreams signifies passion or war but a white rabbit with red eyes is actually an albino rabbit so I don't think the colour of the eyes in this case in significant. It was just a common rabbit type.

Sometime there are sayings or phrases that literally relate to your dreams. Some common ones that relate to rabbits are:

Interpretation of My Dreams

These dreams happened on different days. In the first dream, I take the fact that the dream was about my birthday to interpret the rabbit as a good sign for luck in the next year. Big luck! (related to the big size of the rabbit).

In the second dream, there are many factors contributing the to interpretation. First, where the dream takes place: my childhood home. A childhood home can represent your past (See Dreaming of a House).  Secondly, my cat. I see my cat representing a spiritual guide (See Dreaming of Cats). I was uncomfortable about her transforming into a rabbit and the magic involved in that. It did not seem she was happy with being a rabbit and I was afraid to lose her. So, while the image of the white rabbit represents luck coming, maybe I feel like it will not be within my control or that I have to control it somehow? Lots to think about. I should try going back into the dream and seeing where the white rabbit might take me.

"Depend on the Rabbit's Foot if you will, but remember it didn't work for the rabbit!" - R. E. Shay