Dreaming of a House Surrounded by Water: Interpreting Dreams with Multiple Symbols 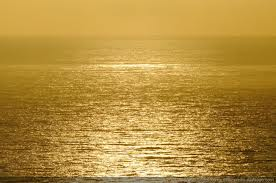 I am at a friend's house. It is small, box-shaped and white. It's floating on the ocean which looks like the Mediterranean Sea - the water is so blue and the sky is bright and sunny.Inside the house is my friend and her family, two young boys. I am slightly concerned that the water reaches the base of the house but one boy tells me not to worry - it's always like that and the water has never gone into the house.

This dream combines two of my favourite dream symbols- a house and water. It's actually a good example of the way that dreams often contain a combination of symbols which can influence the way you interpret them.

I have often received comments, especially on my post Dreaming of A Frog, where people will tell me their specific dream that contains the frog symbol and then ask "What does it mean?" Well, individual symbols having general meanings but they have to be interpreted within the context of the dream, as well as your own experience.

In my dream the water was slightly ripply, expansive (it stretched out to the horizon) and it was a beautiful shade of blue. Blue usually represents wisdom, truth and tranquility.

A house symbolizes the inner structure of your soul/self. A small, white boxy house could feel claustrophobic but I felt safe and contained. White can be a symbol of truth, knowledge and new beginnings. This makes sense in the light that it's my friend's house - a person I knew from school who seems to always appear in my dreams as a spiritual/wisdom guide. The Mediterranean could also be a symbol representing wisdom because of the connection with Ancient Greece.

Finally, the symbol of the young boys which I've discussed in a previous post. They also appear in my dream as guides, but rather the kind that point me to adventure and reclaiming my youth.

So, taking all these symbols into consideration, I think my dream was telling me that I may be feeling unsure of the path I'm on but it's good and I will be safe.

Email ThisBlogThis!Share to TwitterShare to FacebookShare to Pinterest
Labels: dream interpretation, dreaming of a house on water